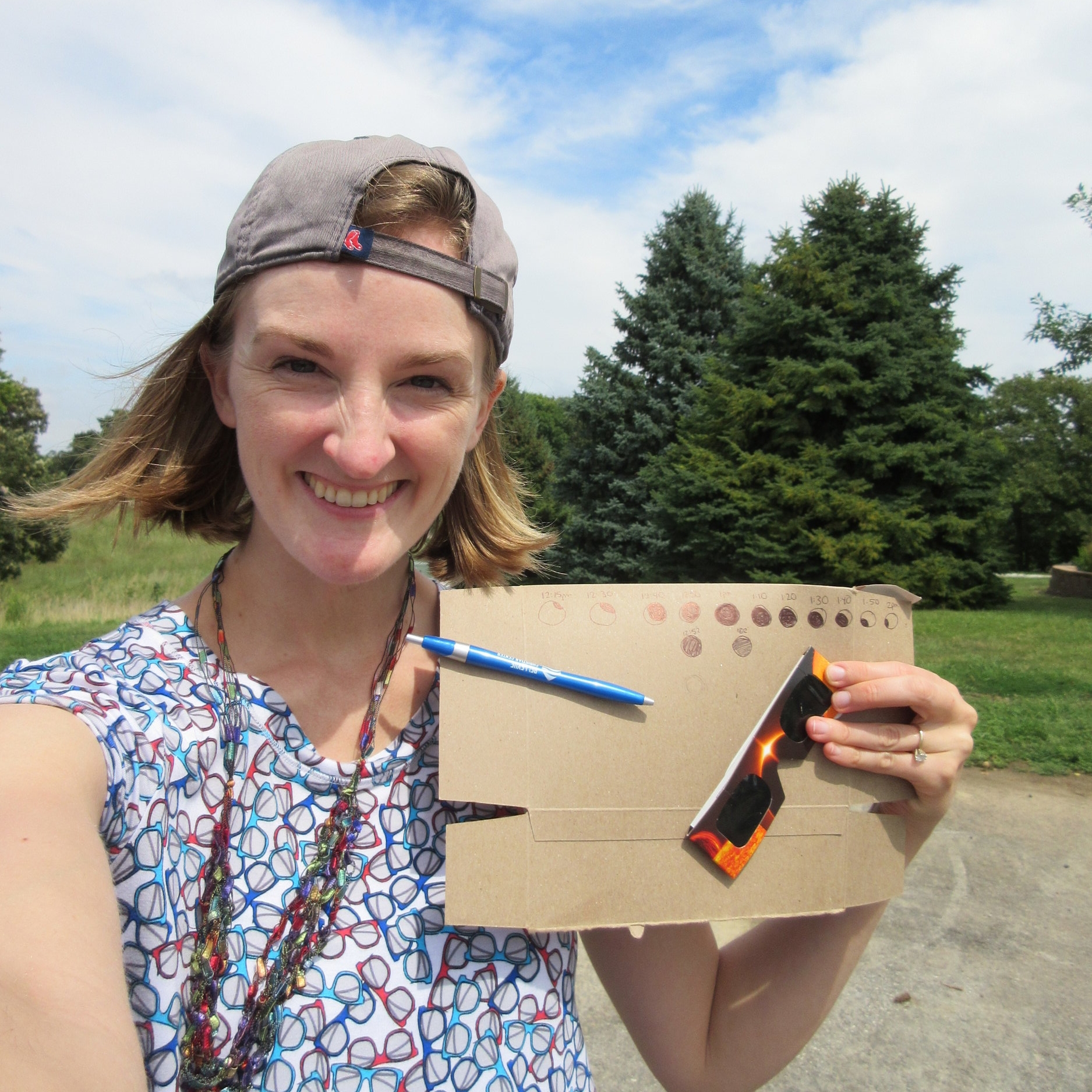 The heavens declare the glory of God and the skies above proclaim his handiwork. Day to day they pour forth speech, night to night they reveal knowledge.” -Psalm 19

In light of the Solar Eclipse…

According to my friend, Bill Nye the Science Guy, if the earth were the size of a marble, it would take 1.3 MILLION marbles to make up the size of the SUN!  As I watched him pour 1.3 marbles into a large sphere much bigger than Bill Nye, my jaw hit the ground.

Every single living thing depends on the sun for life, growth, energy, and power. Our very existence depends on that ginormous star we circle around.

It’s kind of silly that we regress to these thoughts. Somehow, it takes a lot to convince a person that we are not in fact the center of the universe. But it sure feels like it… I mean, if I look to the left or look to the right or look up or look down, I’m right here. Right in the center of it all. ; )

Where we look, where we set our gaze, makes all the difference in the universe!

For this is the will of my Father, that everyone who looks on the Son and believes in him should have eternal life, and I will raise him up on the last day.”-Jesus quoted in John 6:39

Let’s look in awe to the heavens again this week. Let’s remember the Lord is Who we revolve around. He does not revolve around us.

Let’s remember that God is so much bigger than we know! Bigger than we could ever imagine or attempt to give Him credit for!

And let’s recall that the Lord of All is Who gives us life! In fact, Jesus, the Bright and Morning Star, said it’s the very reason He came in the first place!

The thief comes only to steal, kill, and destroy. I have come that they may have life and have it more abundantly.”-Jesus quoted in John 10:10

So look up and feel small. You are WAY smaller than a marble. And that’s a good thing. Because the One who laid His life down for you to live, He’s the one that holds the universe in the palm of His hand. He set every star and planet and meteor in perfect mathematical harmony. His wonders never cease. And He’s the same God who ordered the steps in your day, noticed you, and put that love note right there in your path for you to discover today.

You are WAY smaller than a marble. And far more precious than rubies.

Inspired to learn more about God’s music He plays with the stars? Check out Louie Giglio’s Indescribable Sermon. It’s out of this world.  He he. Who gave me a big dose of cheeseball today?!?