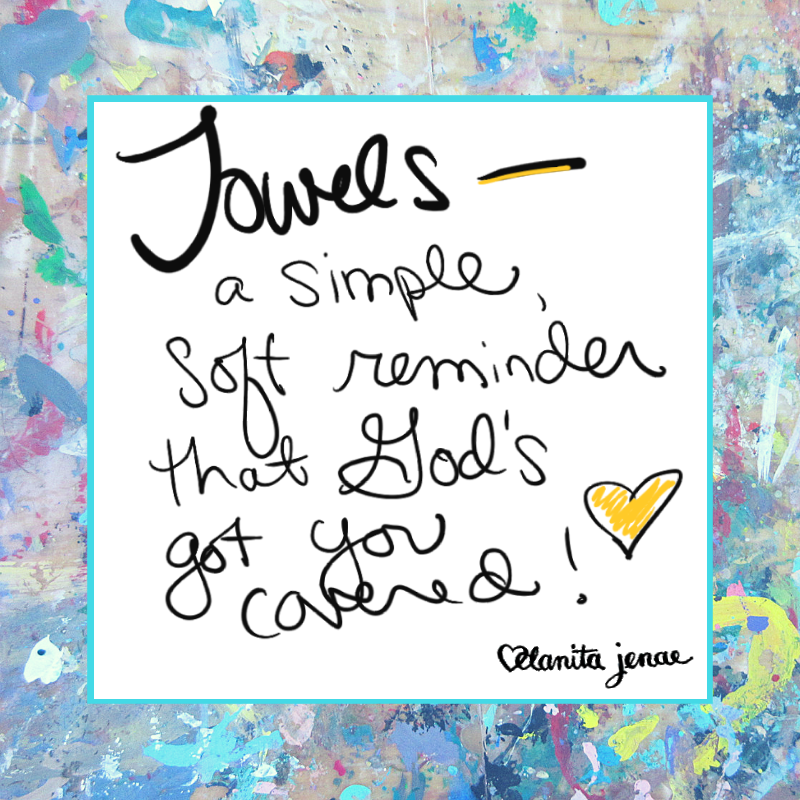 When your home is on the market, one of the first things you do is declutter and pretend your house looks like a magazine. So, you pack up your extra stuff. And you try to give some away. And you make it all nice. And then the staging lady comes over. She walks through and compliments this and critiques that. Thankfully, our lady was wonderful and realistic! The last thing I needed was another heavy burden of expectation!

For the most part, she relieved our stress and told us not to worry about closets we were concerned about. But then we got to the master bath. “Oh, this is cute. I like this.” And she sat down on the edge of the tub and admired how I decorated in there.

And then she saw my towels. She told me how to fold them like they do in magazines.  And then she said, “But these… they look like they’ve been washed too many times.” I thought they looked great. But we have had them since our wedding day! I looked at my towels later on. I debated whether or not to obey her advice. “Get some fresh white towels.” Hmm. That’s the last thing I want to spend moola on right now. I’d rather have a new skirt for spring or more boooooooks. But alas. White towels.

And then I think of my brother and sister-in-law’s Turkish towels. They’re super thin and soft and dry quickly. I ask God to help me with everything. Even my shopping. When I spotted some of those Turkish ones online, I felt the nudge to get them. Not the impulse nudge. Like the permission-giving nudge of a friend saying, “Yes! That one!” They were black and white and I knew my husband would think they were cool. But when the towels arrived in the mail, they didn’t really go with our bathroom. I was perplexed… Did I hear you right? (Now I know this is just towels you guys. But I do my best to surrender my decisions to the Lord. I practice this in big and small things. And I share this today to encourage you to do the same. Invite Him in. He’s good company!) But practice doesn’t mean you get it perfectly. Sometimes part of practicing hearing God’s voice is messing up. And I thought I surely messed this one up.

And then that critical voice comes in at the curtails… “Yep. You messed up. Why would He even care about the towels you get?”

(Now friend, you could choose to read this whole article with that same critical voice. You may think it strange to talk to God about my towels. However, I invite you to read this with a little sense of wonder… that the God of the Ages even cares about such little things…)

I decided to not let that critical accusation shut down communication between me and God. So I decided to ask the Lord anyways, “Lord, I thought you pointed these black ones out to me?” And my thoughts that I’m not sure I actually prayed were basically, “Why would you ask me to get these if they don’t even work in this bathroom?” I like that Holy Spirit responds to even the thoughts that we don’t turn into prayers.

You know what He impressed on my heart? That He wanted me to have those towels because they gave me something to look forward to in our next house. Now, that brought me straight to tears. If I know anything, it’s that moving is super hard, emotionally taxing, and can turn any decision-making fatigue into full-up decision-making paralysis.

To think. The Lord just wanted to give me a little gift, something I’d never ever otherwise purchase for myself. He was actually helping me look forward to my next duty station. A tangible, soft reminder that He has got me covered! And that He has covered every vulnerable part of this move as well! Good parents do little things like this. They show their daughters they care. Maybe a gift, a hug, a note, an act of service. All ways to show they love you. Your God in heaven is your Good Father, and He does those same things for you all the time! Keep watch for times when you want to just throw in the towel on trying to hear His voice. Keep pursuing Him. He promises to draw near to those who draw near to Him.

So let’s be a generation that receives gifts from the Lord graciously. And then holds them with open hands. Who practices His presence even while shopping.

Let’s be a generation that says, “Lord, I don’t know why you want me to buy these towels. Because I have plenty. But I trust you.” So you put them in your cart and check out, a little bewildered. And then a few weeks later, you have a conversation with a friend and realize God wanted you to buy them just for her, just to show her how He thinks of her and loves her. (And yes. That really did happen. They were fluffy, lovely, and millennial pink (before that was a thing). And by the way, she’s worth more than fluffy pink towels, more than rubies, more than gold.)

Let’s be a contented generation who asks, “Lord, why do I keep feeling like I need to give these towels away?” And when He responds by showing you how those towels bring you emotional baggage and flashbacks to a previous season in your life, then you realize it’s time to let the perfectly good towels go to bless another home. And instead of throwing them in the trash, you wait until God shows you who they are for. And then you hear about a refugee family who just lost everything and you praise God that they need towels! And you kept these perfectly good, beautiful towels just for them. (And yes. That really did happen too.)

Let’s be a generation who holds all we own with an open hand and shares “everything we have in common” like the believers in Acts. And let’s forgive those who abuse our towels and fray them and overstay them. (Yes. This happens to us all, doesn’t it?!)

We have to get this right. If not for us, for our kids. So that we can give our kids a chance to understand how to hold their “stuff” in a healthy way. We can’t swing between minimalism and hoarding. And we can’t want to find the balance between them either. I don’t want to be caught in the balance of two very unhealthy things. I don’t want that!! And my strong hunch is, neither do you! We are not looking for balance.

Because you and I, we want the joy and bliss of a surrendered life! A “palms up” life. An open-handed life. Sometimes, surrender looks like the surprise of receiving, sometimes the difficulty of sharing, sometimes the joy of giving. No matter what, it’s the best place to be. We want the exhilaration that comes when we submit all to the Lord. The gratitude that comes when we see how He uses our life, our treasures, and even just our towels to bring true joy and Good News to others.

More to come on decluttering and prayer! But this is foundational. It has to start here. It has to start in the place of surrender. For now, just spend a minute to think this through. Remember what we discussed last week? The difference between just changing behavior and changing our thinking? The difference between remorse and repentance? So let’s not rush this thinking process.

Next week, I’ll send you a way to put this to practice in your own home.

Til then… It’s GIVEAWAY Time!

If you have not already, grab your free copy of the Declutter Cheat Sheet and Worksheet here.

Drop me a line in the comments and let me know how you shared. (Bonus points for sharing your take-away from the article!)

This week’s prize?!? A personal thirty minute phone consultation with yours truly. We’ll chat about one of your decluttering problem spots and troubleshoot together! And of course, I’ll spend some time praying for you! It’ll be my joy!