Today we are going to use sorting our towels as a practice for hearing God’s voice. Here’s a simple prayer you can join me in.

The Prayer of Surrender:

Help me lay it down.

What I give and what I keep, I entrust to you.

The Practice of Surrender:

Start with your own towels today.

Begin inviting God to join you. If you only have five minutes, just do the towels in your personal bathroom. Take them out. And just assess them. How do they make you feel? Do you have any bad memories related to them? Do you have just plain discontentment toward them? Are you thankful for them?

I know you’d like there to be a right and wrong answer, but truthfully, the only right answer is an honest one here.

So be honest with yourself. Don’t try to think or feel what you “should” feel. Just be honest.

And then talk to God about it. Yes. Talk to God about your towels. How are we going to learn to trust Him with the deepest shame if we can’t even begin with something as little as our bathroom towels? If it’s a memory, talk to Him about it. Ask Him what to do with the towels. I’m not going to give you a formula here. I’m going to teach you to depend on whatever Holy Spirit tells you.

Remember. Holy Spirit communicates in many ways. Remember that HE IS NEAR. You invited Him in to this moment. He draws near to those who draw near to Him. So He is with you! Sometimes, He communicates by just giving you a general sense of what to do. Or a clearly articulated thought that you know is not your own. He’s talking to you through memories and emotions that rise up too. Those are invitations to talk to God about something. God communicates through all kinds of ways. Just pay attention. Focus on listening.

You know the Shepherd’s voice.

Let’s begin to practice listening to God’s voice in little things today. Just like our children. We train them to listen to us with little things like don’t run with scissors and don’t put Cheerios in your nose and I love you and please put your clothes away. We teach them to listen to us about little things because it builds trust with us and builds up their obedience muscles. That way, when they are bigger and need to listen to our voice when it’s life or death like, “Stop!!!” when they’re about to turn their bike into a street with an oncoming car, hopefully they’ve built up the voice recognition and obedience training to listen.

Quit acting like God’s only interested in the life and death stuff. He cares about everything you care about… and even more. Invite Him in. And begin listening to His voice in a low-threat practice ground of the bathroom floor and your towels. I’d sure love to hear about your experience!

Here’s my before and after. I timed it.

Here’s what I started with. (This is after I have sorted through my towels a few times already this year by the way. It’s a constant process so don’t compare your under-sink with mine. Also, remember our house is on the market so I already had things looking pretty darn good, for us anyways!)

Here’s what I got it down to. This took me 3 minutes and 33 seconds to get it to here! Yay! These are the same towels we got 10 years ago when we got married. And no matter what anybody else says, they are still looking good and going strong!

Finishing. It only took me a few minutes more to put the towels I took out in the right places. I took out the pool towels and the burnt orange towels that we keep for muddy boots, big messes, and rainy day dog paws. Those go in the mudroom with our swimsuits. I was surprised that I needed to give some of my best towels away. The reasons don’t matter to you, but they did to me. And I’m glad I didn’t just sort towels based on my own understanding but listened to God. They needed out of my house, and now they’re in the giveaway pile for someone else to thank God for. From start to finish, this all took me less than 7 minutes! I timed it so you can be encouraged. You don’t need two hours set aside to do this. And no matter how bad or billowing your towel collection is, I bet you can conquer this in less than 30 minutes for sure! Time yourself and share how this went for you in the comments if you think of it!

Not a member of the Quirky Kingdom yet? Come on in! I’ve got a gift for you today… A Declutter Cheat Sheet and Worksheet. Step by step guide to prayerful, intentional decluttering. Sign up here! And invite a buddy to join you in this journey.

Previous Post: « A Tale of Towels & Surrender (+GIVEWAY!)
Next Post: Tapping Into The Incredible Joy of Your Neighborhood Grandma » 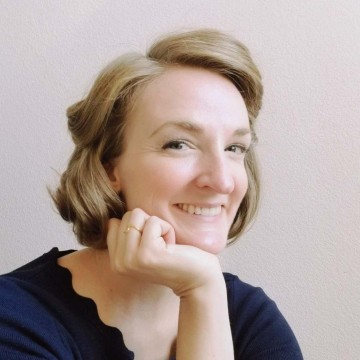 Lord, think of me and be kind, just as you are to

🖤 What NOT to say + what TO do on Memorial Day

Waiting for your big break?

Just a friendly reminder today. You are loved. And

I've watched my children many times as they humbly

Searching for shells is my new favorite thing. Pur